I love Mexican food. Truly. I think I may always have. Although raised by immigrant parents in the United States, and primarily eating food cooked the way they would have in the old country, I still remember family outings to a Mexican restaurant. My parents balked at anything “southern,” rice, greens, fried chicken, but enjoyed tacos, enchiladas, peppers and salsa.

Since entering the world, and I mean the wide world, I have eaten foods all over, and Mexican food remains my favorite. I was 4 weeks of a 10 week stay in a European country, when I realized I was without access to Mexican food. I had a friend coming to visit, and requested a care package. What I received was an unimaginable feast. Camping dehydrated black bean enchiladas, salsa verde in a can, and refried beans, and had I been at home, all would have been largely dismissed as disgusting, not real food. But away and without access; a feast. 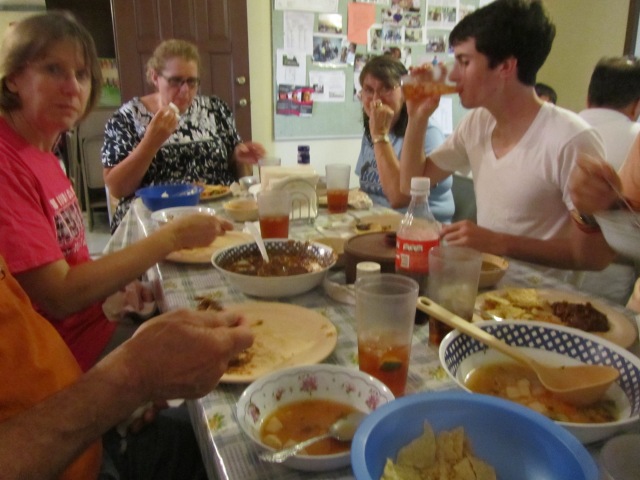 But that was not my most memorable Mexican feast. I was working with a crew in a small Mexican town, Valle Hermosa, putting up the walls for a new church. It was hot and tiring work. The congregation was small, and very poor, but each day they prepared a luncheon for us. The first day was Cabrito (goat) stew. They had been working on it for two days. And as delicious as it was, the second days fare of bean tacos was my favorite. Both meals were lovingly prepared, and an offering of all they had, but the bean tacos represented everything. When you have nothing left, you at least can get some beans and a tortilla for bean tacos. I have never valued anything more, and I don’t think I have ever enjoyed anything more.

Who knew the feast doesn’t start from your abundance, but starts when you are down to the last that you have?

This entry was posted in Lent. Bookmark the permalink.